Chanasa became a registered association in Malawi in April 2014 and is registered with the NGO Board in Malawi. Chanasa shares the same aim as Chifundo UK of empowering girls and women in Malawi.

Chanasa consists of six Women’s sewing groups based in the poorer locations around Blantyre, the second city and in the south of Malawi together with a part-time paid coordinator and a part time paid Social and Welfare Support Worker. They are based in four locations with two groups meeting in two of the locations and one in each of the other two.  The groups are open to any woman so long as they are unemployed. They make sustainable products, using recycled denim and cotton mixed with African fabrics for which they are paid a fair wage - approximately twice that of the minimum wage in Malawi.  It is a FairTrade organisation. They also make resusable sanitary pads (See Lotus Packs under What we Do) and bags to meet the menstrual hygiene needs of school girls. We try to get them orders for products in Malawi such as bags and face coverings.  We aim for the groups to get their own orders for products. Each group has a leader and the women share the payments for products amongst them. All of the groups have rented rooms to use.  The groups are provided with equipment such as sewing machines - treadle and electric as the power supply in Malawi is not reliable as well as needles, pins etc. The materials that are needed to make the products are purchased centrally. There is an Annual General Meeting and a six monthly meeting of a more informal nature for all the women. Their transport costs are paid and refreshments provided by Chifundo. In addition since the women receievd business training, they hold a monthly meeting of their own and organise a savings scheme so that the women can take out small short term loans. 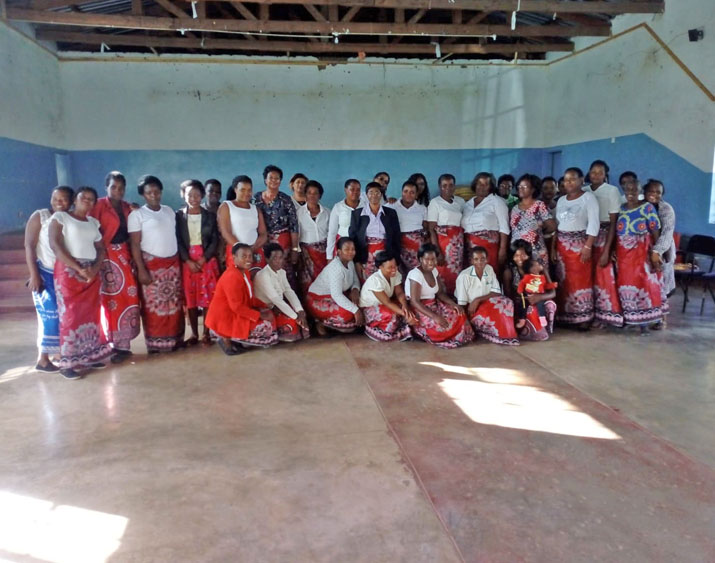 In Malawi money is raised by selling Chanasa products in Malawi outlets and at school fairs; and through grants. In Malawi women earn money by making the products and also by using their skills to make other items sold locally such as fabric face coverings. Profits are used to educate women. Chanasa is supported by Chifundo UK who pay for the staff, equipment and other running costs. Chifundo also pay the fees for women to do tailoring courses at the Beehive Tailoring School in Chilomoni, Blantyre. 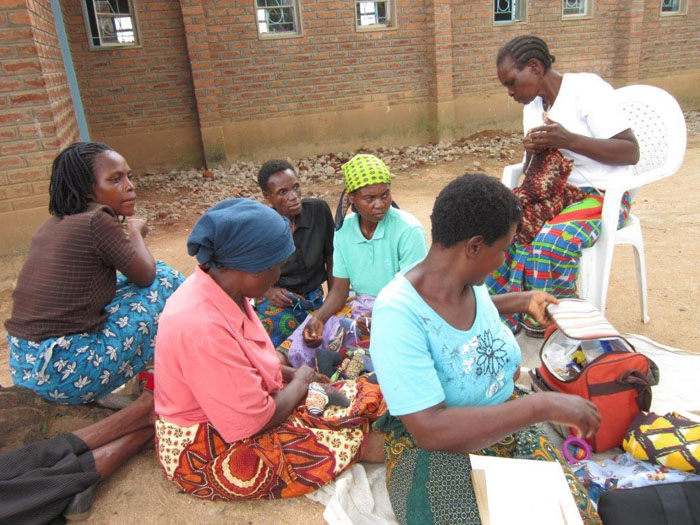 Two of the groups meet in Ndirandi. One is led by Agnes and the other by Esnart there are 6 women in each group.

Here is Esnart from the Ndirandi group.  She has a diploma from the Beehive Tailoring School.  She is married to Wilford and has two daughters called Chikondi and Quaen.  She managed to buy a sewing machine and is helping the other women in the Ndirandi Group to improve their sewing. 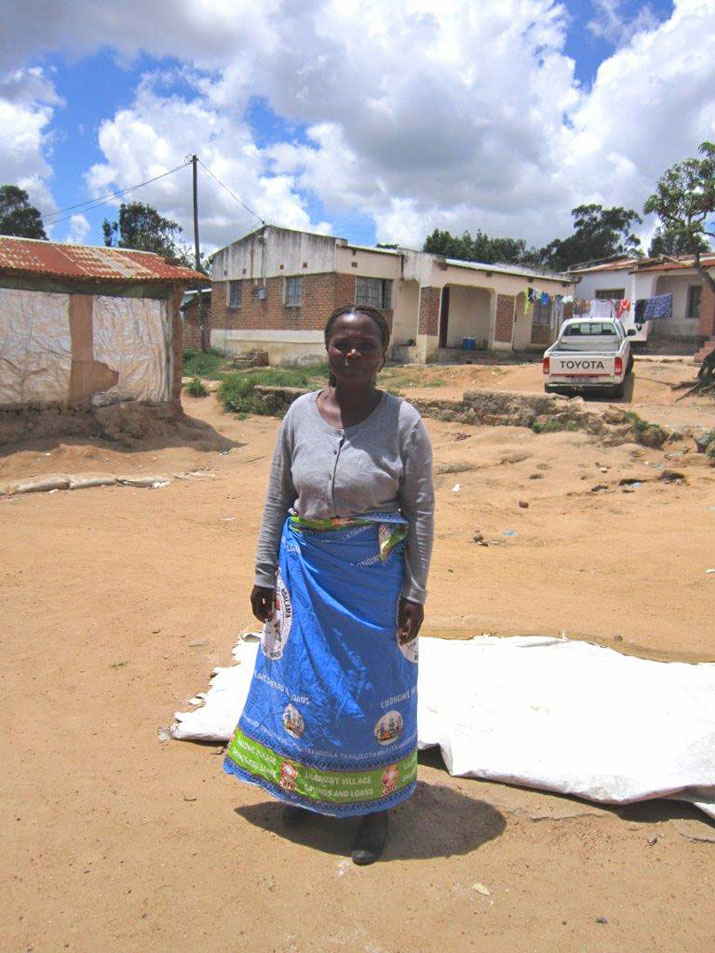 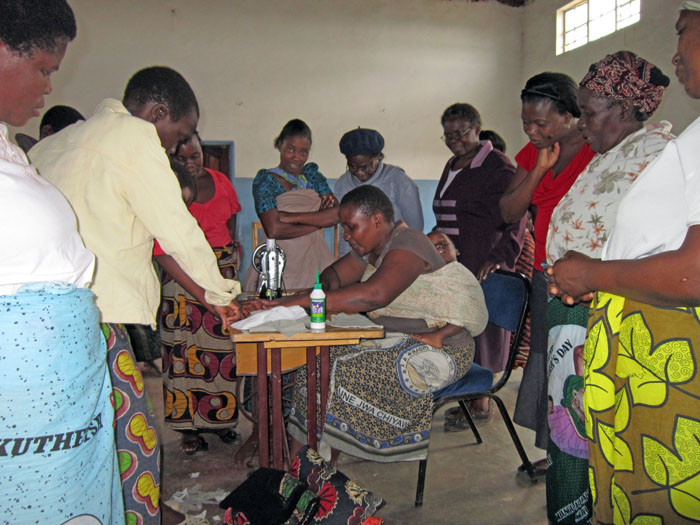 The Soche East Women's Group is lead by Christina and has six women members. 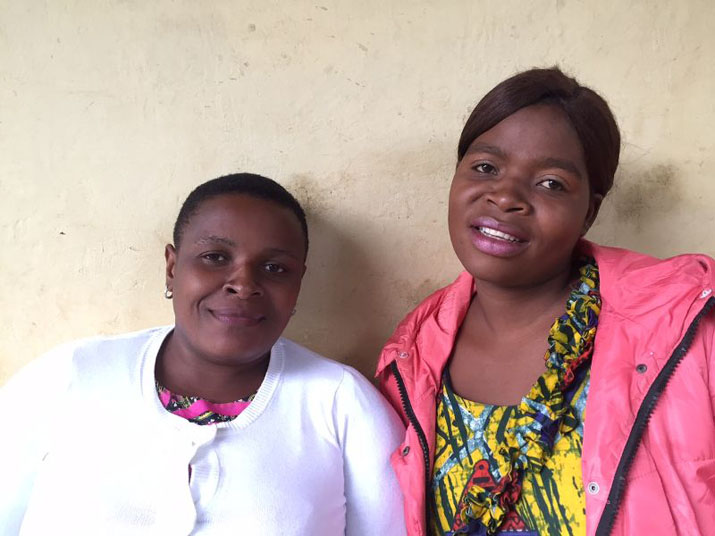 There are two groups in Chilomoni, one is lead by Constance (on the left above) and the other by Chifundo.  There are 10 women in each group.  Three of the members are trained tailors and they make some of the more complicated products and design new products as well.

This is the newest group which formed in the summer of 2018.  It consists of five ladies who meet in a rented room in the Catholic Cathedral in Limbe and is led by Anne. 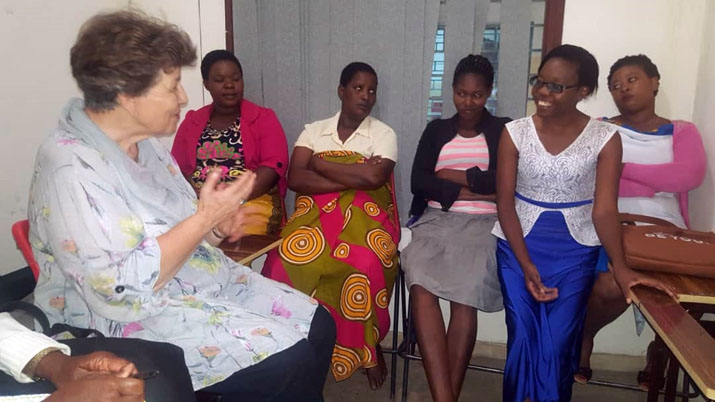 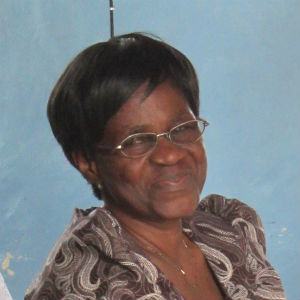 Elizabeth Matemba is our part time (18 hrs per week) Coordinator. She started 1st July 2018 and her role is to organise the group leaders to complete the orders received and to help to get new orders.
Chanasa received a grant from the Irish Embassy for the purpose of setting up and renting a room for an office in Soche East Women's Centre for a year in 2017-8.  This is set up and is a base for Elizabeth to work from. 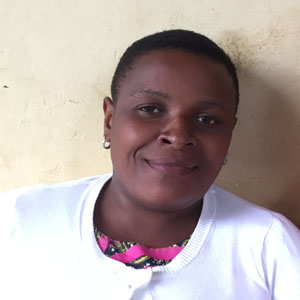 Constance Mgwira is our part time (4 hrs per week) Social and Welfare Support Worker. She was appointed in May 2021. She will be collecting personal information and pointing women in the right direction for help if they need it as well as reporting on the women’s aspirations for themselves. The job also involves working with Elizabeth to help with shopping and follow up work with mothers’ groups at schools.  She is also the group leader of one of the groups at Chilomoni.

Please support the work of Chifundo by making a donation. Your donation will help empower the women in Malawi.

Shop Online for these Featured Products